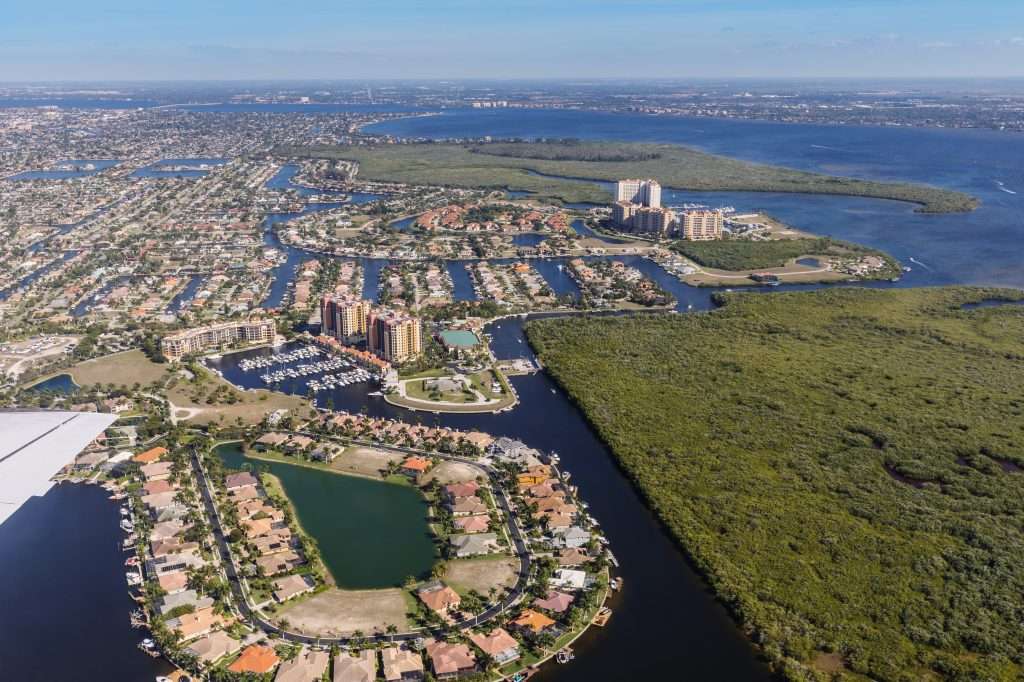 Cape Coral is a city located in Lee County, Florida, United States, on the Gulf of Mexico. Founded in 1957 and developed as a planned community, the city grew to a population of 154,305 by the year 2010. The city’s population estimate was 194,495 for 2019. With an area of 120 square miles (310 km2), Cape Coral is the largest city between Tampa and Miami. It is a principal-city in the Cape Coral – Fort Myers, Florida Metropolitan Statistical Area. The population estimate for the statistical area was 679,513 for 2014. The city has over 400 mi (640 km) of navigable waterways.

This stunning, new white Villa is located directly on the Caloosahatchee River will exceed your expectations.
Walking distance to the Cape Coral Beach and the lovely Boathouse.
There is expanse area around the house. Beginning with screened, oversized, heated Pool. Enough space for sun loungers and gas grill.
Enjoy the River like the Beach.